The IRS wants to tax your cryptocurrency

Plus, $50 off your internet bill? See if you’re eligible. 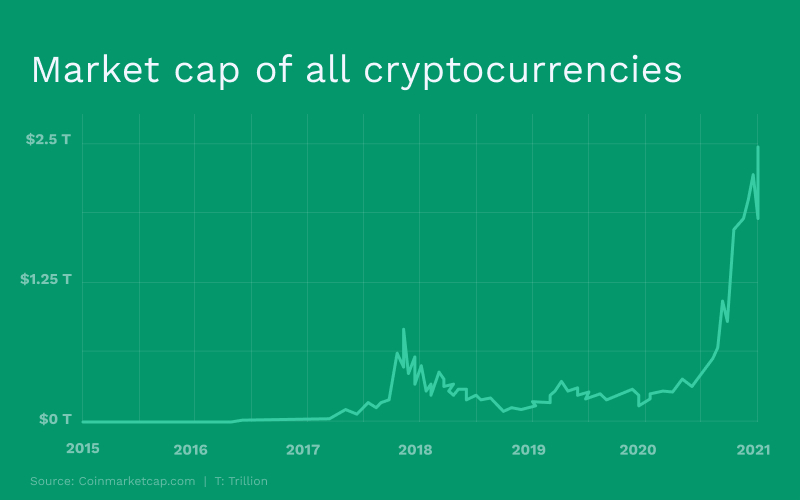 As cryptocurrency goes mainstream, newbies and pros alike should know that the IRS is coming for them. The federal agency just won two court battles against cryptocurrency exchanges Circle and Kraken, which now must turn over records of any customer who had over $20,000 in transactions in any year since 2016. (The IRS has already identified one person who failed to report $5.6 million in crypto transactions.) In general, crypto trading platforms haven’t been required to provide information on their customers, making tax evasion seem easier. But investors, beware. Just yesterday, the Treasury department announced steps to crack down on crypto and said it will require transfers worth $10,000 or more to be reported to the IRS. Failure to report and pay taxes on your crypto gains could result in financial penalties and even criminal prosecution. Sounds like a good time to brush up on the tax basics of virtual currency.

Let them have WiFi

Millions of low-income Americans can now apply for a $50 monthly discount for high-speed internet from more than 800 broadband providers. The Emergency Broadband Benefit, a Federal Communications Commission program, will also offer a $75 monthly discount for households in Native American tribal areas and a one-time $100 subsidy for a new computer or tablet. With a budget of $3.2 billion, the emergency discount is part of a larger effort by the US government to make high-speed internet more accessible. Eligible households must meet one of several criteria to qualify for the discount, including participation in SNAP, Medicaid, or Lifeline. The FCC’s $7.2 billion Emergency Connectivity Fund Program has a similar aim to bridge “the digital divide” for students by offering access to broadband internet through schools and libraries.

Following an underwhelming April jobs report, Republican governors in 16 states have decided to withdraw early from pandemic-era jobless programs, including one that provides a $300-a-week stipend. The change will go into effect as early as next month and affect roughly two million people. Republican officials claim the payments disincentivize workers to return to the job force. The average American receives $387 weekly from their state’s unemployment, which rises to $687 with the federal boost. Based on a 40-hour workweek, that’s the equivalent of $17.17 an hour — more than twice the federal minimum wage. Some employers have taken note and increased pay to lure applicants. For those still receiving unemployment, job search requirements (which have been paused in many states since early in the pandemic) may be on the horizon. While looking for work has been a long-standing stipulation to collect unemployment, opponents believe the push could create undue hardship and force workers to accept low-paying jobs or unsafe working conditions.

The iconic Hermès Birkin handbag — which retails from $9,000 to over $500,000 — hit record prices this year. The resale value is up 28% compared to last year, an average of $4,000 per bag. This pop echoes a larger trend of consumers buying more luxury goods online, including from resale companies like The Real Real and Rebag — where consumers are able to resell their Birkins for big bucks. Speaking of investments, Hermès International shares reached a record high after the brand, alongside other luxury goods companies, reported a jump in sales as key international markets continue their revenge spending, er, recovery.