The Super League fell apart in 48 hours. Is $75 stadium parking next? 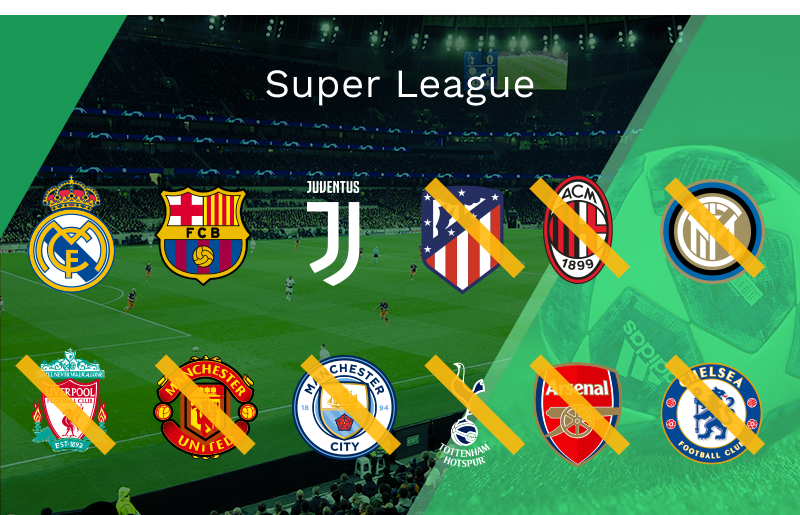 The Super League was a breakaway soccer competition proposed in mid-April that would have been formed outside of Europe’s established Champions League. The main difference between the two tournaments is that the Super League would be limited to its 12 founding members – the world’s most famous teams, but not necessarily its best – and their invited guests. By contrast, clubs (or teams) qualify for the Champions League based on their performance in domestic leagues. For years, proponents of a superleague have said that it would benefit all of soccer, especially as Covid-19 has cost all European teams millions.

The Super League would guarantee permanent spots to the founding teams, meaning guaranteed TV and sponsorship deals. In the Champions League, poorly performing teams get relegated to a lower division and kicked out of the competition (again, richest ⧣ best). The new superleague proposal was projected to bring in ~$5B a year in broadcasting rights compared to only $3B for the 2018-19 Champions League season.

Why’d it take the L?

While the concept of a superleague isn’t new, it became a real threat to the future of European soccer with the announcement, which took fans, players, and clubs by surprise (even the players and coaches of Liverpool, one of the teams involved, didn’t know). That surprise quickly turned to outrage, resulting in billionaires’ unprecedented apologies, street protests, and sanctions against Super League teams.

So why such vitriol? The 12 founding members of the Super League, already the richest teams in the sport, would stand to make billions of dollars from its formation. It seems the teams thought they should have a greater share of the sport’s revenue since they generate the bulk of it. And as a result, smaller, less famous clubs would suffer financially and see their value and salaries plummet. More similar to American sports, the proposed structure put profit before tradition, upending the mythological idea that any team can rise and fall on their own sporting merit.

Is cheaper beer next?

Within 48 hours of its announcement and facing intense backlash, half of the Super League’s founding members pulled out of the plan — a death blow to the project that led others to follow suit. In a David vs. Goliath story, fans who had turned against their own teams no doubt helped change the clubs’ minds. One team even made a concession to soothe supporter fury – no, not a free hot dog, but canceling a ticket price hike. The outcry against the Super League demonstrated that when something sports fans love is threatened, they have the power to change what they don’t like. If Americans take a cue from their European counterparts, perhaps they could boycott sporting events until their grievances were addressed by owners. From the high price of water bottles at games to $75 football stadium parking, if fans can fight for causes they care about in Europe, it could happen here.