Why a 4-day workweek is good for the environment

Plus, how you can earn free Starbucks while going green 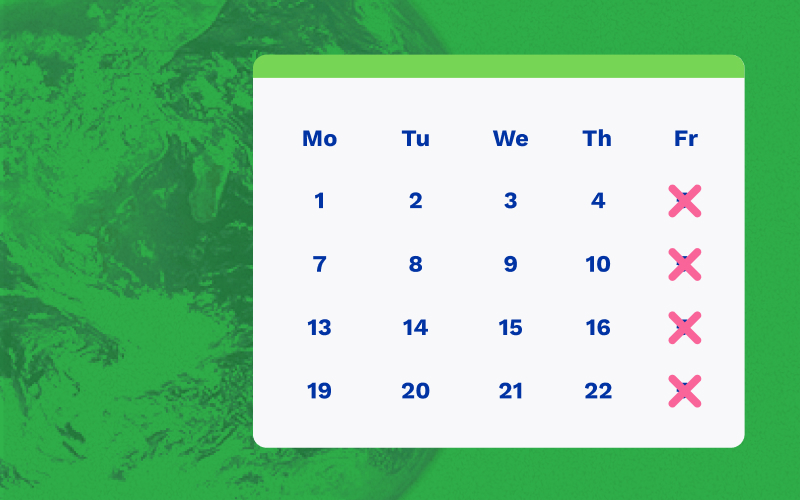 From New Zealand to Germany, the four-day workweek is gaining traction and boosting productivity. Spain, home of the afternoon siesta, is the latest pioneer in reduced hours and poised to become the first country in the world to roll out the concept nationwide. Earlier this year, the Spanish government proposed a three-year pilot project to help interested companies make the switch with minimal risk. Financed with money from the country’s coronavirus recovery fund, the €50 million plan would subsidize 100% of the employer’s extra costs for hiring and reorganizing in the first year, with aid reduced to 50% then 25% in the consecutive two years.

Working less not only benefits employees but the environment as well. Talk about a win-win:

As the four-day week trend takes hold in Europe, you might start to see more companies stateside recognize that the shorter week is good for business, the planet, and you.