This country made Bitcoin its national currency

Plus, 1 in 3 Americans were hit with a weather disaster this summer 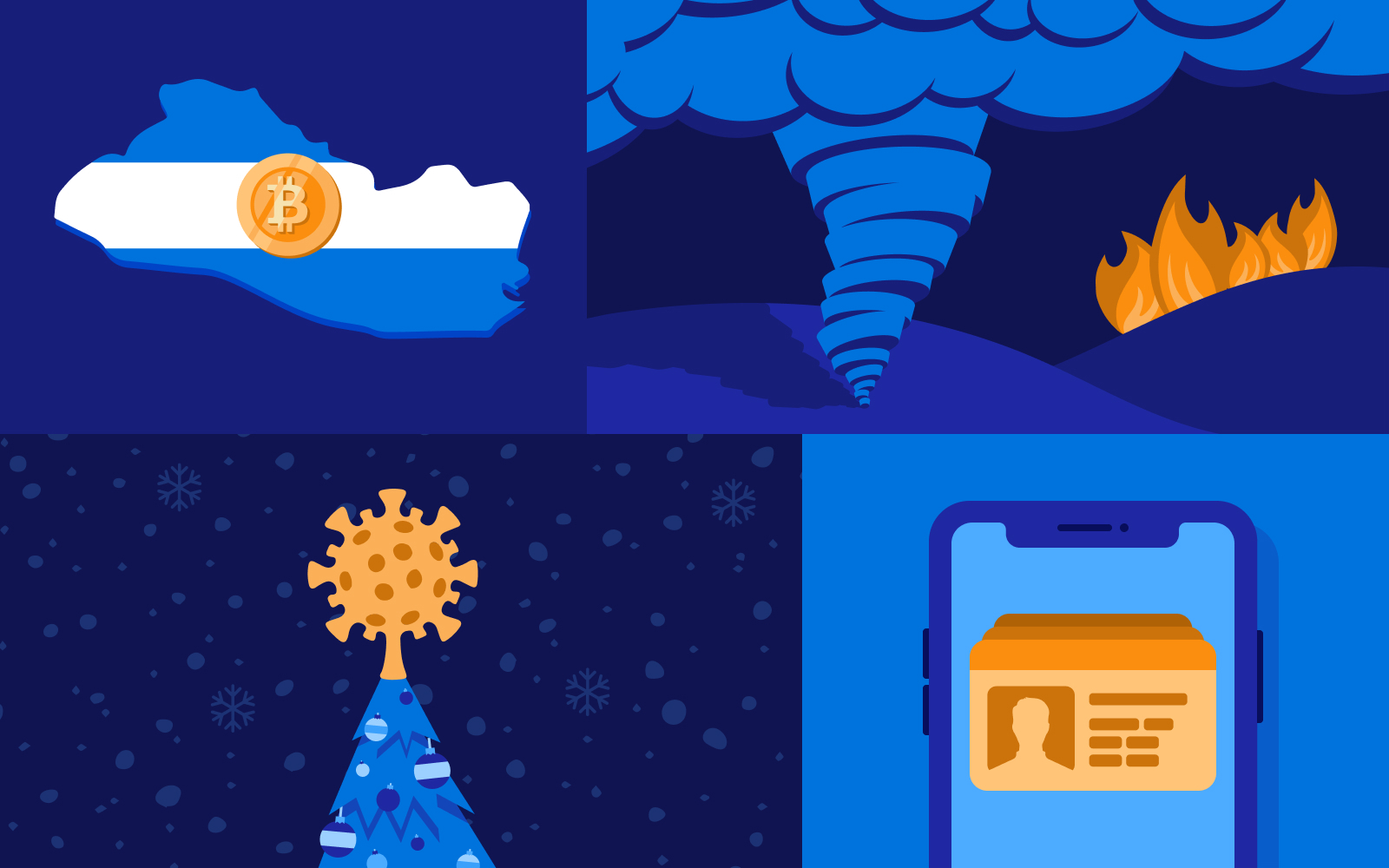 On Tuesday, El Salvador became the first country to adopt Bitcoin (BTC) as a national currency. And despite its economic struggles, the country's dropping serious coins on the rollout, spending upwards of $225 million on Bitcoin ATMs, spiffy kiosks, and $30 BTC credits to anyone who downloads Chivo, its government-run e-wallet. From McMuffins to taxes, Salvadorans can now pay for just about anything in Bitcoin. But more than 65% of them don’t want the government to spend taxpayer money on Bitcoin adoption. And some worry its price fluctuations could wreak havoc on the country’s fragile economy (see: BTC's 16% drop on launch day). Even so, President Nayib Bukele believes Bitcoin will make financial tools and services more accessible while eliminating credit card fees for merchants. Plus, with nearly a quarter of the nation's GDP coming from remittances (money sent from family abroad), BTC could help up to 360,000 households bypass high money transfer fees.

Nearly 1 in 3 Americans (32%) has experienced a climate-fueled disaster this summer, a trend that has been growing since 2018. In the same period, 64% have faced extended heat waves, another form of extreme weather. The catastrophic season has been filled with unstoppable wildfires, droughts, and, more recently, Hurricane Ida’s flash flooding. Since June, at least 388 people in the US have died due to these events. Each year, the cost of responding to disasters totals more than $81 billion. Biden has proposed an ambitious $3.5 trillion budget plan that allocates billions to prepare the US for the effects of global warming, which would fund projects like flood control, wildfire forecasting, and relocating vulnerable communities. But it’s in jeopardy after Sen. Joe Manchin III called for a “strategic pause” on the legislation last week.

How the Delta variant stole Christmas

As we enter the “ber” months, retailers are preparing for a tough holiday shopping season. Jammed ports, surging plastic prices, chip shortages, and shipping delays have hit the industry hard. So, what can you expect when you shop for the holidays? Empty shelves, higher prices, and long waits. A rising wave of the Delta variant forced China to shut down factories and a key terminal at the third busiest port in the world for weeks. In response to the supply chain mess, the White House has appointed a new “envoy” to break up logjams. And the Senate’s bipartisan infrastructure deal proposes to invest $17 billion into ports and waterways. Some retailers aren’t waiting for help, though: in a costly move, Walmart, IKEA, and Home Depot have chartered their own private ships to retrieve their goods from overseas. At $40,000 a pop per day, these vessels can carry around 3,000 20-foot containers each.

Apple’s latest feature could put leather wallets out of business. Residents in eight states will soon be able to securely upload and store state-issued IDs and driver’s licenses in the iPhone Wallet app. Then, at participating airports, travelers will get the option to tap their iPhone or Watch to breeze through security (no ID card required). Apple says the feature works similarly to adding a credit card or boarding pass to Wallet. And it mimics Apple’s mobile student IDs, which allow students to enter campus buildings and pay without a physical card.