Plus, China throws out two-child policy to fight depopulation 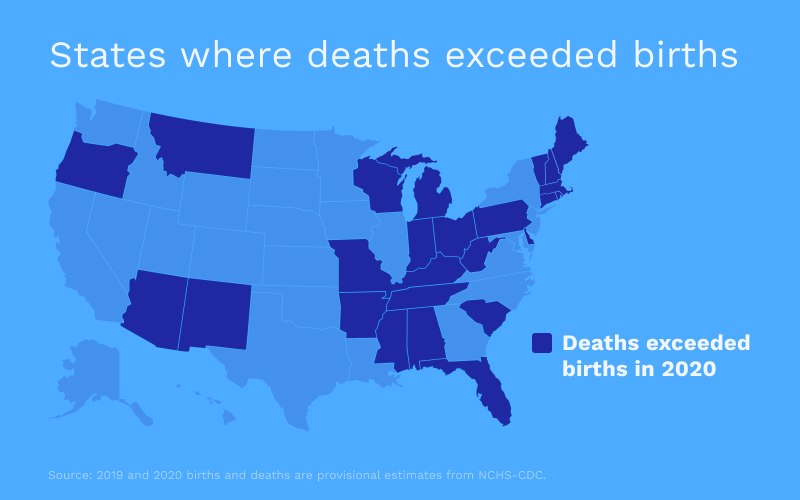 A “demographic winter” is coming

In the last decade, the US had the second slowest rate of population growth since the government started keeping track in 1790. Meanwhile, China released its census showing a similar birthrate decline. To try and avoid a demographic crisis (and a shrinking economy), the Communist Party recently changed its child policy from two to three children allowed per married couple — a woefully inadequate response, according to experts.

In Italy, where the population of many villages has dramatically aged and shrunk, Pope Francis said last month that the “demographic winter” was still “cold and dark.” And the issue isn’t limited to just a handful of countries: scientists have projected that 183 out of 195 countries and territories will have fertility rates below the level needed to replace previous generations by 2100.

In the US, a few factors have contributed to a continually dropping birthrate. Younger people have been delaying marriage and starting families, if they do at all. The Great Recession stunted job opportunities for millennials, creating anxiety around the additional expense of child rearing. And while population decline could come with an upside (slowing the impact of climate change), there’s no guarantee that a smaller population equals less destruction of the environment.

So, what’s the big deal about a shrinking population? Our society is organized around the concept of an abundant supply of young people driving the economy and helping pay and care for the elderly. This dynamic is best illustrated by Social Security: benefits intended to replace a percentage of a worker’s pre-retirement income based on their lifetime earnings when they age, become disabled, or lose a family member. But an aging demographic leads to fewer and fewer workers supporting a growing number of people collecting benefits — an unsustainable relationship. By 2035, Social Security is projected to only have tax revenues sufficient to pay about 80% of benefits.

Other countries experiencing population stagnation can offer a sneak peek of what the future may hold for the US. In Japan, where adult diapers are more in demand than baby diapers, districts have been consolidated as they age and shrink. Germany is continually increasing its retirement age, considering a bump to 69 to supply its labor force. In South Korea, which has the lowest fertility rate in the developed world, big cities like Seoul continue to grow, but in smaller towns, abandoned schools and empty playgrounds are common sights.

To jumpstart the birthrate, the South Korean government has handed out baby bonuses, increased medical subsidies for fertility treatments and pregnancy, and built more kindergartens and daycares by the hundreds. But the country hasn’t made enough progress. To encourage people to have more children, the US could try to do the same. Low fertility rates could indicate a permanent shift in our culture, a pattern accelerated by the pandemic. Immigration may be the primary way to ensure growth — especially in the younger demographic and labor force.

Rent or buy? 64% of young homeowners have regrets