The hidden bias in mortgage algorithms

How millions of Americans could become eligible for homeownership 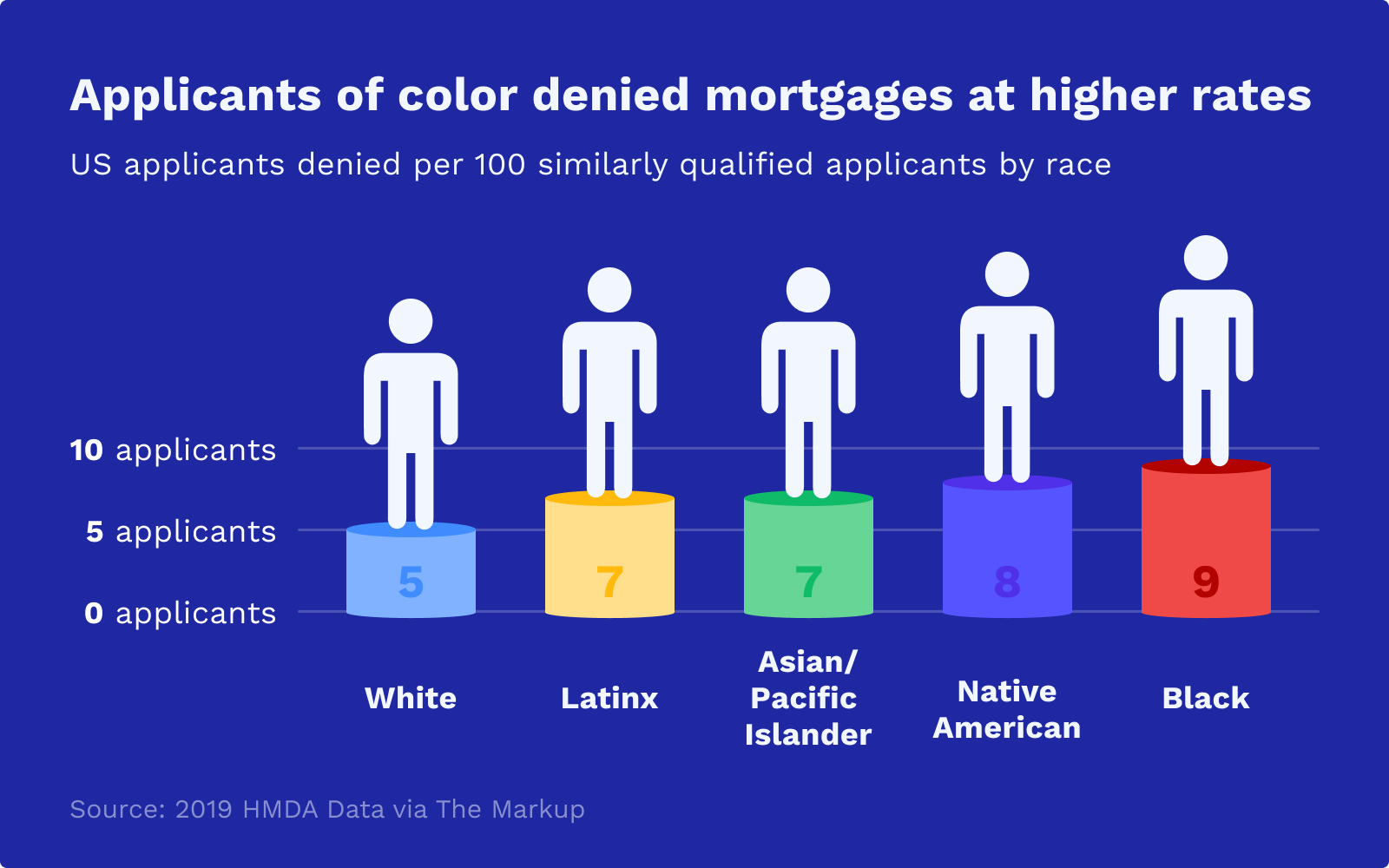 The pandemic housing market has been red-hot thanks to record-low mortgage rates and a desire for more space. Besides the frenzied competition, some home buyers face an even more insidious obstacle. Lenders are more likely to deny home loans to people of color than to White people with similar financial profiles, according to The Markup. The starkest racial disparity: lenders were 80% more likely to reject Black applicants than comparable White applicants.

The investigative news outlet controlled for factors that the mortgage industry has said would explain the disparities, such as debt-to-income ratio. While loan officers are the official decision-makers, AI is taking over real estate at every stage. Mortgage approval algorithms were originally intended to be fairer than humans, but they have only perpetuated racial bias.

The bias in the bot

To understand how we got here, we have to look at the historical role of credit scores in the approval process. Freddie Mac and Fannie Mae, federally backed home mortgage companies created by Congress, buy about half of all US mortgages. They require lenders to use “Classic FICO” scores when considering applicants. Anyone with a score lower than 620 is automatically denied a conventional mortgage.

This algorithm is over 15 years old and was built using data from the 90s. It rewards traditional credit (something White Americans have greater access to) and doesn’t up your score for on-time rent, utility, and phone bill payments. But your score will get dinged if you fall behind on them.

There is an alternative: the “Big Three" credit reporting agencies (Equifax, Experian, and TransUnion) developed a potentially fairer model called VantageScore. Popular with consumer websites, auto lenders, and government entities, its scoring uses data such as rent and utility payments. VantageScore also recognizes your credit history after one month, compared to FICO’s six. The model would provide credit to 37 million Americans who have no credit history under FICO. Nearly a third of them would be Black or Latinx.

Mortgage algorithms are increasingly deciding who gets approved or denied for a mortgage. Intended to foster fairness, they have been doing the opposite. Opting for newer credit models over the classic FICO score may help. In fact, even Fannie Mae has started allowing lenders to count rent payment histories as part of the underwriting process.