Why we're picking solar and wind over cheap oil

Reasons behind putting the brakes on gas 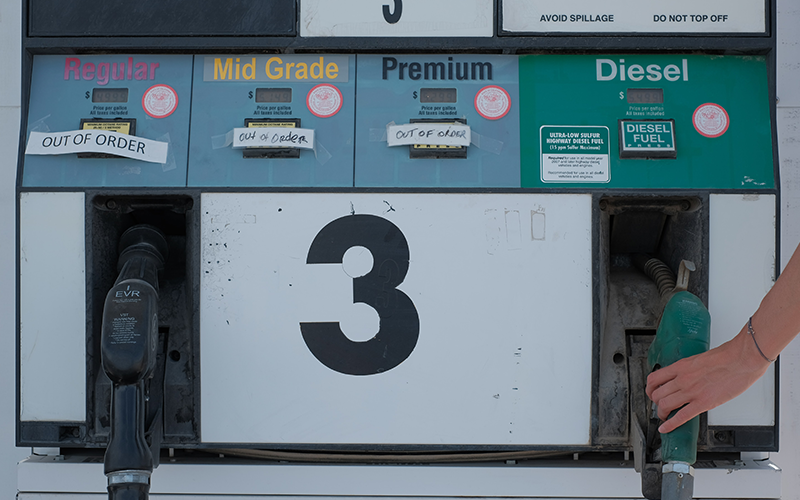 Between Saudi Arabia and Russia's oil trade standoff and a pandemic reducing the need for gas guzzling commutes, oil has plummeted in value to its lowest price per barrel in nearly 30 years.

In the past, this might have resulted in fossil fuel use increasing to take advantage of low prices while decreasing the use of renewable energies like solar and wind.

Why are renewables doing better this time around?

Oil has lost its most reliable customer: drivers. As the pandemic has led to every US state placing some form of restrictions on business activity, insurance companies like Allstate have observed a decline in driving as steep as 50%.

And while oil prices have declined, competing fossil fuels like natural gas and coal haven't shifted in price.

Meanwhile, renewables have become cheaper to produce: in states such as California and Texas, wind and solar power are both less expensive forms of electricity than natural gas or coal, and that trend may soon find itself a reality around the world.

But wouldn't we be using less alternative energy, too, given that stores and office electricity use is down?

While electricity use is down, it turns out this decline may actually help alternative energy gain prevalence.

Why? As less electricity use causes lower revenue for utilities companies, they may turn to solar and wind, which are less expensive to operate than fossil fuel-driven power plants.

So, should I be installing a solar panel on my roof?

It might be tough to get that roof installed right now: the Solar Energy Industries Association estimates that half of their 250,000 worker trade-group could lose work or jobs amid pandemic-induced restrictions.

But the future of renewable energy still looks bright: even with the work slowdowns and stoppages, analysts are predicting usage to grow in the US during both 2020 and 2021.

9 million unclaimed stimulus checks. Is yours one?

How the average Joe makes $$$ from viral Tweets

The financial impact of 2020's wildfires