Inside the $50B business of “carbon credits”

Meanwhile, the carbon capture market could grow to $2 trillion 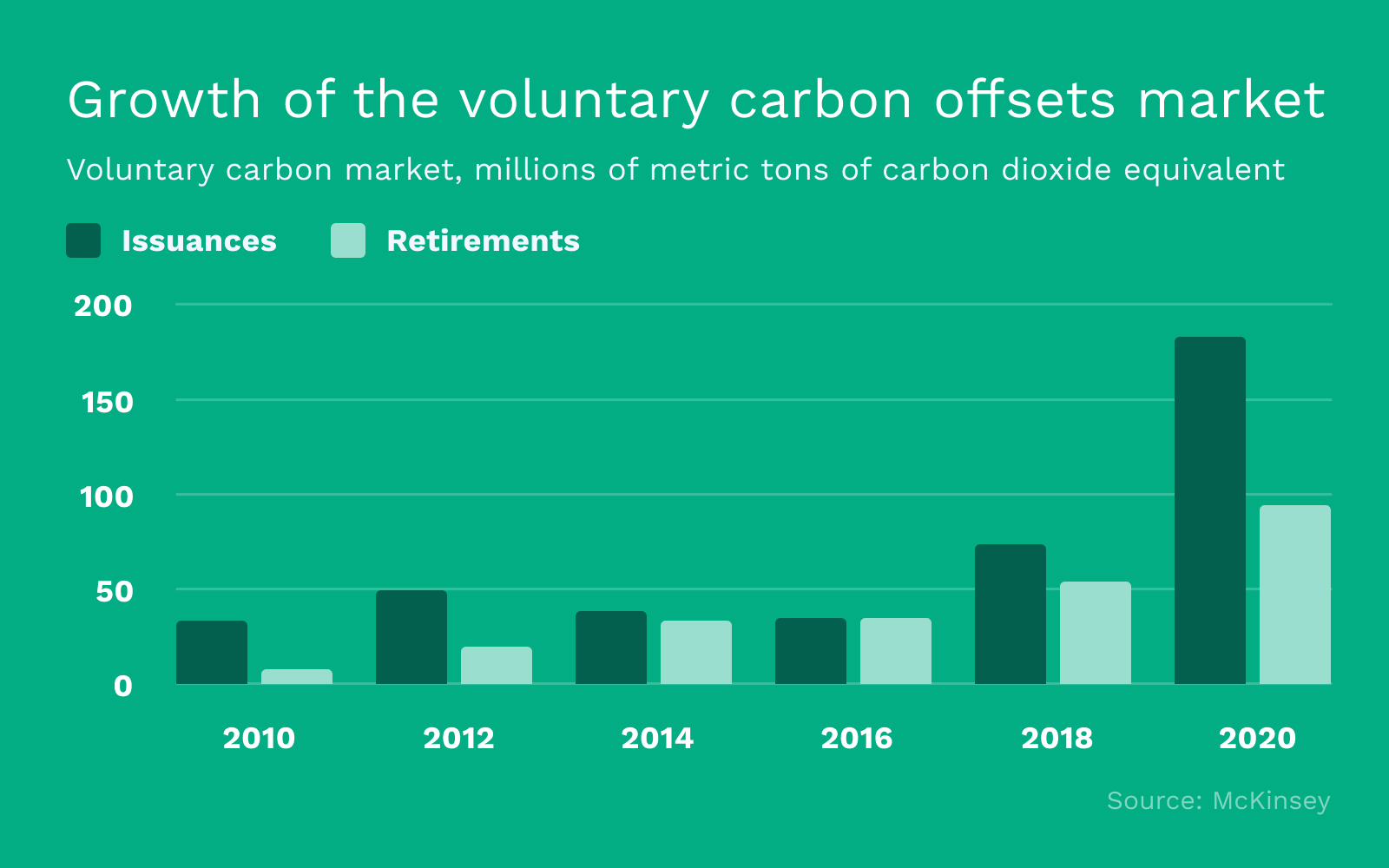 In recent years, companies, products, and entire countries have unveiled plans to go carbon neutral. China — which in 2018 released 10 billion tons of CO2, twice that of the US — aims to get there by 2060. US tech giants are zapping their footprints, or going carbon negative. And EasyJet made history as the first major airline to operate net-zero flights across its network.

Carbon-neutral claims can ring hollow. But unlike terms like “eco-friendly” or “certified green,” which are unregulated, carbon neutral has a concrete definition. These companies remove as much CO2 from the air as they release. They do it by cutting emissions, then paying for carbon offsets or credits (think: planting or protecting trees).

The offsets market is expected to surpass $50 billion by 2030. But the market for carbon capture could grow much, much larger. If carbon credits are like-dial up, carbon capture is 5G. The new tech sucks CO2 out of the air, then stores or injects it into rocks deep underground. Chevron, Occidental Petroleum, and BHP have all invested in Carbon Engineering, a Canadian carbon-capture startup. And Exxon, once a skeptic, launched a biz unit to commercialize the technology. It’s betting the market will reach $2 trillion by 2040 with the help of incentives.

Now for the bad news. Carbon capture is still a nascent technology, and offsets alone won’t stop the planet from warming. Net-zero companies don’t necessarily release less CO2. They just pay to “cancel out” those emissions elsewhere. And some of those offsets are going up in smoke… literally. A stronger approach could include more lobbying by large brands, but Big Tech has shied from taking a stand against Big Oil's interests in Washington. Apple, Microsoft, Alphabet, and Amazon today only spend 4% of their lobbying budget on climate.

When your favorite company goes carbon neutral, they aren't necessarily creating fewer emissions — they're just canceling them out. Carbon capture, on the other hand, could help companies actually remove their emissions from the air and address climate change in a meaningful way.