How COVID changes the way we save 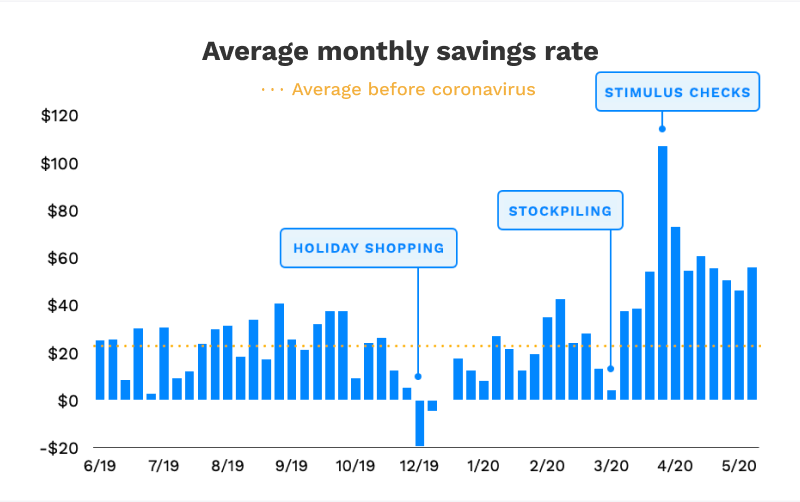 How did COVID flip the savings script?

Contrary to what one might expect from millennials during a financially devastating pandemic, Albert users have stepped up their savings habits in a major way. Here's what the data says:

Prior to the pandemic, Albert users consistently saved throughout the year, but on a smaller scale:

When stimulus checks came in, it drove saving to all-time highs:

What does the surge in savings mean?

Generally, Albert users want to be prepared for the future.

When Albert users get a windfall, they wind up saving much more.

During a recession, maybe save the avocado toast jokes?

Millennials are just as eager as any other generation to save, but may rather do so through a different platform.

Who's in the data?

Of the Albert users accounted for, nearly 80% were under the age of 35.