Plus, SCOTUS ends the eviction ban and states roll out teacher bonuses 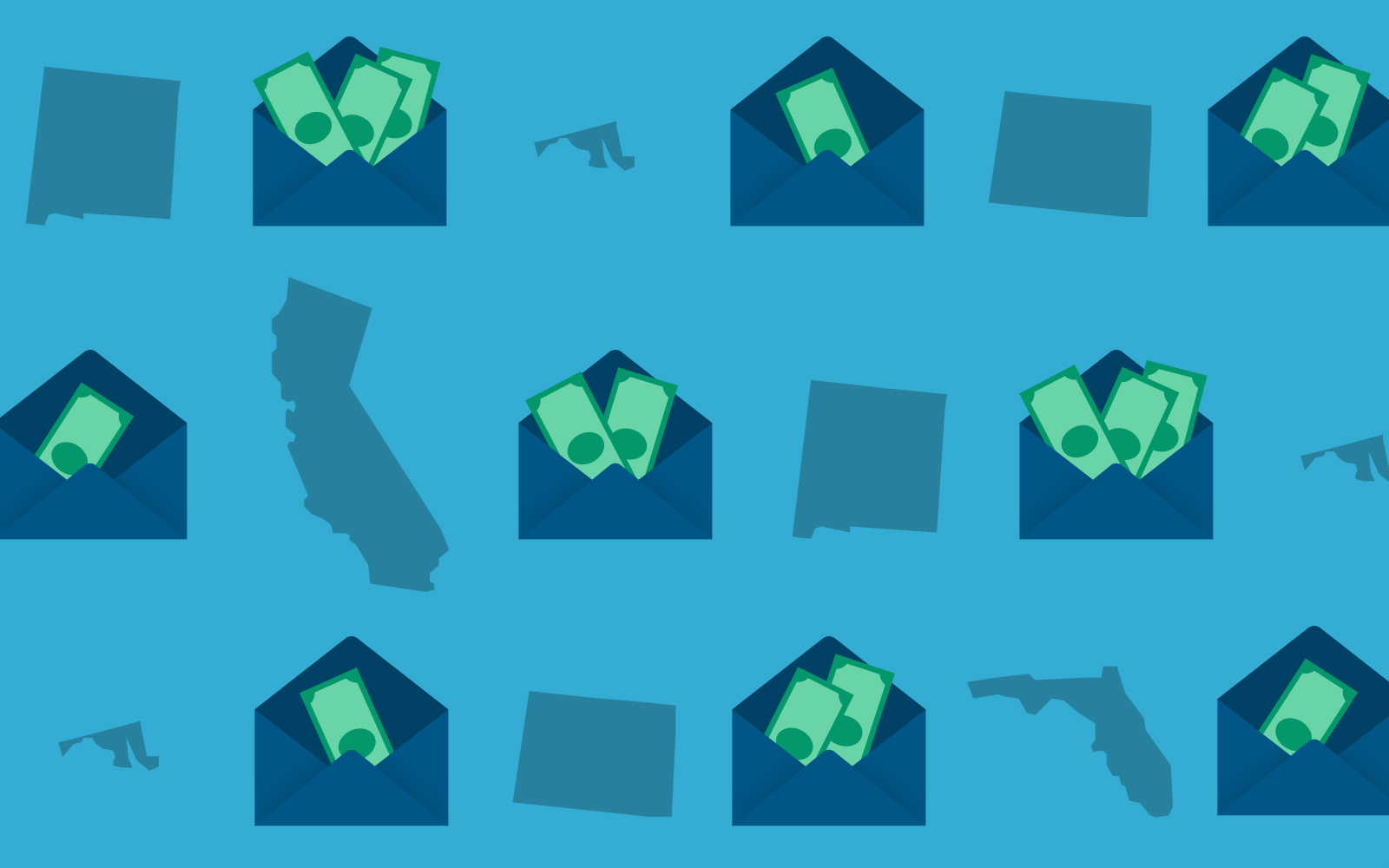 It’s a good time to be a Californian. The state will begin sending out stimulus checks worth up to $1,100 this week, divvied up from the state’s budget surplus. The direct deposits will hit bank accounts starting on Wednesday, with most payments sent by October 15. In total, California is doling out a whopping $12 billion in direct payments — the largest state rebate in US history. And while CA is the only state so far to send stimulus payments with its own money, others are cutting checks from federal funds allotted in part by the American Rescue Plan.

The decision to distribute more cash comes in near direct opposition to other states’ choice to withdraw early from federal unemployment programs — a move that was shown to boost job growth slightly but also led to a $2 billion drop in household spending. Meanwhile, SCOTUS struck down a temporary eviction ban last week, just a day after the Treasury Department announced only 11% of $46.5 billion in renters’ assistance has been distributed. Officials pointed to a backlog of applications and cumbersome approval process as part of the problem and unveiled new policies to speed things along: tenants can now self-attest income. States can advance cash to landlords before renters are approved. And emergency funds can be used to pay tenants’ outstanding debts while they search for new housing, too.

In addition to direct payments, several states have also set aside federal funds just for teachers. After a tough 2020, these retention bonuses are states’ way of saying “thank you” and “please don’t quit” in one fell swoop. Florida cut $1,000 checks for most teachers and admin staff (but controversy arose when some educators were left out). Governor Kemp of Georgia authorized $1,000 checks for full-time teachers and $500 checks for part-timers, and there’s a plan in the works to award bonuses for pre-K educators, too. Tennessee and Michigan both sent hazard pay bonuses to teachers. And across Texas, districts are bumping up salaries between 2% and 4%. Meanwhile, other TX districts are awarding bonuses of up to $2,000 for staff who return to the classroom this fall.

Federal lawmakers approved trillions of dollars in Covid-19 relief spending. Now it seems getting Congress on board was only half the battle. A year and a half into the pandemic, states are still sussing out the best ways to help Americans who are still struggling financially.