70% of millennials are living paycheck to paycheck

Why so many millennials are strapped for cash — an ongoing crisis 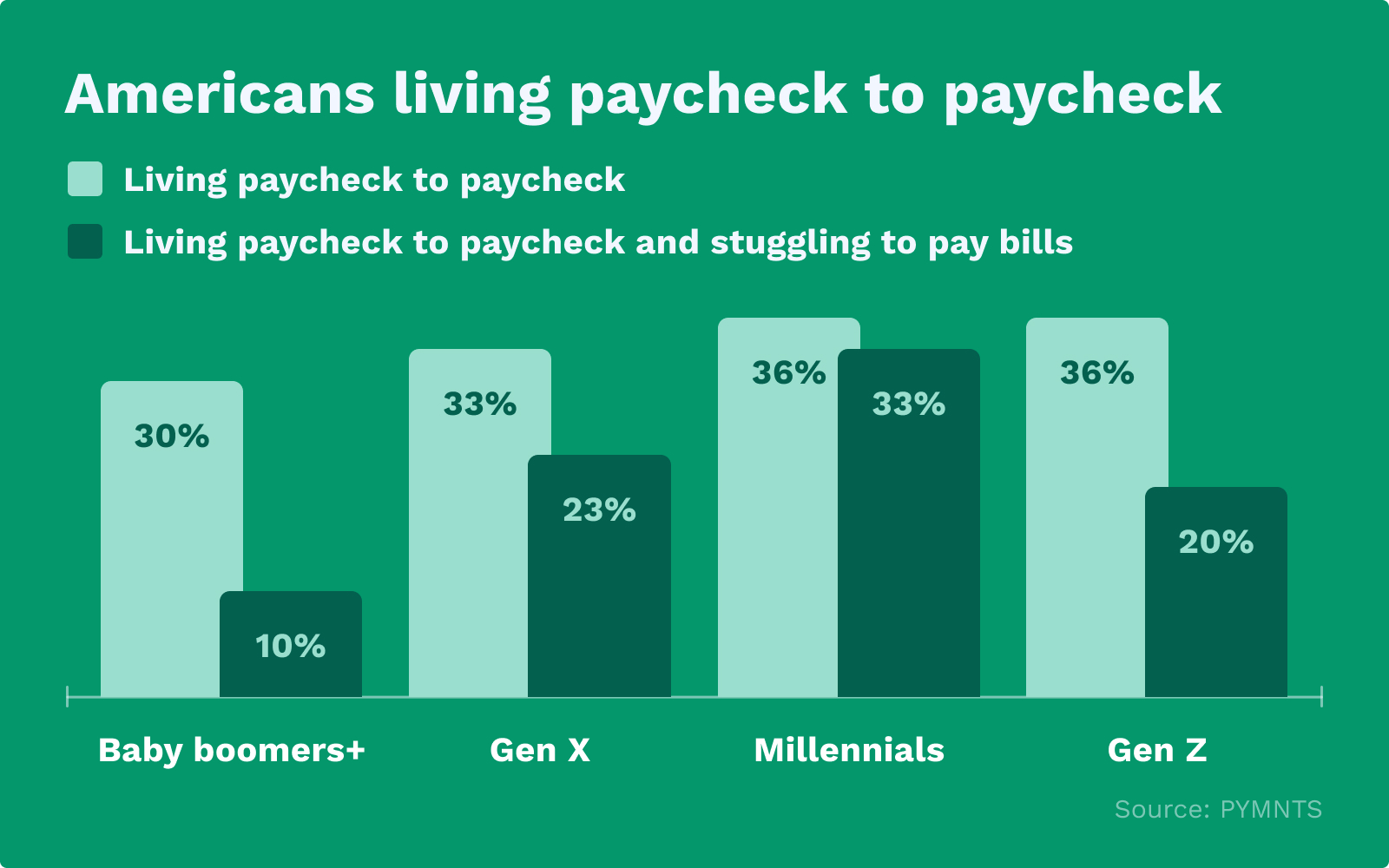 The millennial struggle is real

Always draining your bank account between paydays? If so, you’re not alone — about 54% of Americans live paycheck to paycheck, according to a new survey. PYMNTS and LendingClub tapped insights from nearly 30,000 Americans to provide a full picture of the financial struggles we’re all facing. The most shocking findings were related to the generational divide: a whopping 70% of millennials say they're living paycheck to paycheck, making them the most broke generation. Spoiler: avocado toast isn’t the reason.

Only 40% of baby boomers and seniors said they live this way, the least of any generation. Contributing factors include age and family status, which partly explains why millennials (ages 25–40) are struggling. Many so-called “elder millennials” are reaching expensive adult milestones (think: having kids, buying a home, or getting married) while their salaries and careers have stalled.

Why the big broke energy?

Millennials graduated from college burdened with student loan debt and were met with dismal job prospects during the 2008 financial crisis. Higher education was supposed to advance millennials, but the staggering cost of college put them behind. The Great Recession had a lingering effect on their ability to build wealth, along with increased living costs due to soaring inflation. As a result, the millennial generation faces an ongoing affordability crisis. And the pandemic gave them yet another recession and housing crisis, all before the age of 40.

While some people may succumb to lifestyle creep, the report found that those living paycheck to paycheck were financially responsible for the most part. Case in point: stashing away windfall cash instead of spending it.

Millennials aren’t financially behind because of frivolous spending. The reality of living paycheck to paycheck is more complicated, with a generation struggling to overcome student debt, recessions, and inflation.